The time is finally here! The SandBox reveal you’ve all been waiting for. While we finished the SandBox back in October 2020, we wanted to wait until the 2020 Virtual Conference in December to show off all of our hard work for the first time. (And it gave us more time to play and build with our new toys.) Come take the journey with us of the creation of the SandBox and watch the progress!

Prequel – It was January 2019 on a snowy day in Muenster, Germany. The OASE regional managers from a dozen European countries met in the greenhouse where the training would be held, using products from the US that they had never seen before. Max Colditz, our organizer, had me explain what the Basins and FastFalls and Eco-Blox were used for, and how they were installed in the States, then let the crew loose with shovels. They went to town, delving into the sugar sand and silt clay that made the special soil mix a delight to dig in, not a single grain larger than a coffee ground. We had a blast installing Atlantic product in ways I had never imagined possible. I was delighted with the training, impressed with the space, but awed by the soil. Being able to build water features year round in a designated space? We needed this at home!

The Space – August 2019, touring the new warehouse in Aurora OH, we opened a door and there it was. Dirty, dark, and PERFECT! The room was vast, almost 4,000 feet with 30-foot ceilings. As we entered from the factory side, four feet above the floor below, I immediately noticed the solid poured concrete walls on three sides, with a high-pressure water line and center drain. There were entrances at both levels, rollups and traditional doors, and the room had its own heat. We were so excited we actually debuted the plan in the 2020 Catalog introduction.

The Design – The name was obvious from the start: The SandBox. We had a giant walled pit right in the warehouse where we could teach year-round, regardless of Northeastern Ohio’s notoriously fickle weather. We started on the plans even as we were moving in. Would this be a simple dirt-filled pit, like Randy Stewart’s brilliant Training Center in Shawnee? Or, as Kendahl our Director of Marketing proposed, could this also be a beautiful backdrop for videos and product shoots in the off-season? A recreation of a planted back yard where the sod could be rolled up, contractors could build and the next day we could shoot new products for the Catalog – brilliant! We worked on the designs for almost a year.

The Materials – After the final approval in July 2020, Brandon synthesized all the ideas into the working plan above, and we got to work on the materials. First, the walls. Belgard REALLY stepped up. We’ve had a great relationship with them for years, working together at trade shows (remember when those were a thing?), on videos and various other projects. We told them we really wanted to work with their products – and boy did they come through, with wall stone, steps, pavers, even concrete block! Next, the soil. After months of searching for just the right stuff (many thanks to Max for the formula from Germany and Peter for the legwork!) we found an old quarry nearby that had the perfect sand/silt mix. Finally, the plantings. Kendahl found a great supplier of artificial plants, we chose a top-quality artificial turf that didn’t need ballast and– we were ready to put it all together.

The Execution – We had to finish before our fiscal year ended on October 1, so it took quite the concerted effort, but things went smoothly. The lights went in first, next we set up the drainage and electric, then the walls, both stone and the stud framing for the façade. Before we knew it, we were backfilling, and the siding and trim were going in. The finishing touches, the sod, plantings and pallets of stone, were done just in time for the end of the fiscal year.

Epilogue – The SandBox was scheduled to be unveiled during our Virtual Conference December 3rd, but it has already proven invaluable. We’ve shot three install videos already, along with a nifty Friction & Flow demonstration, with different areas in the background. We are really looking forward to our first builds in the coming year.

We’re looking forward to seeing you here in the near future to get your hands dirty and installing some water features!

Watch the progress of our Sandbox construction here! 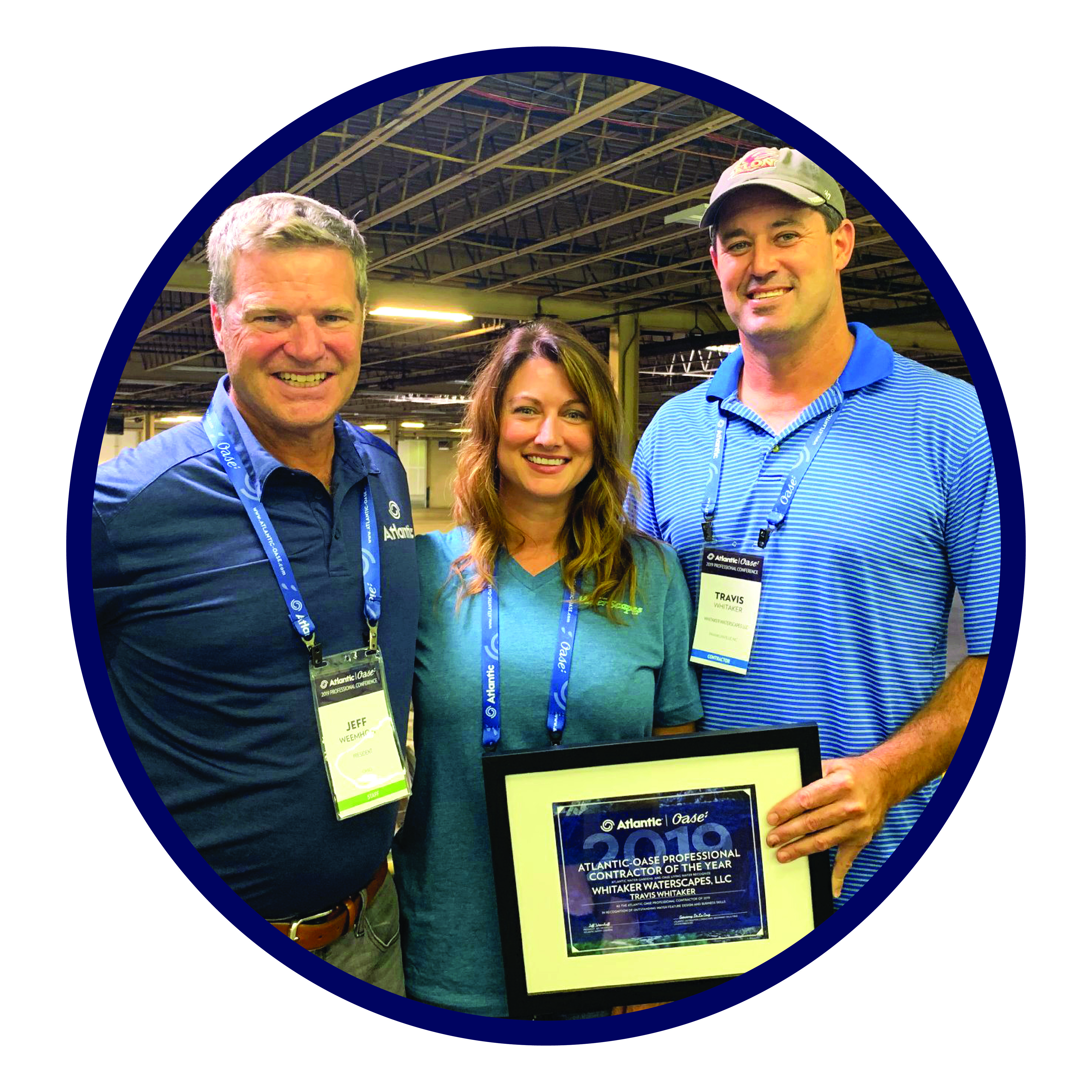